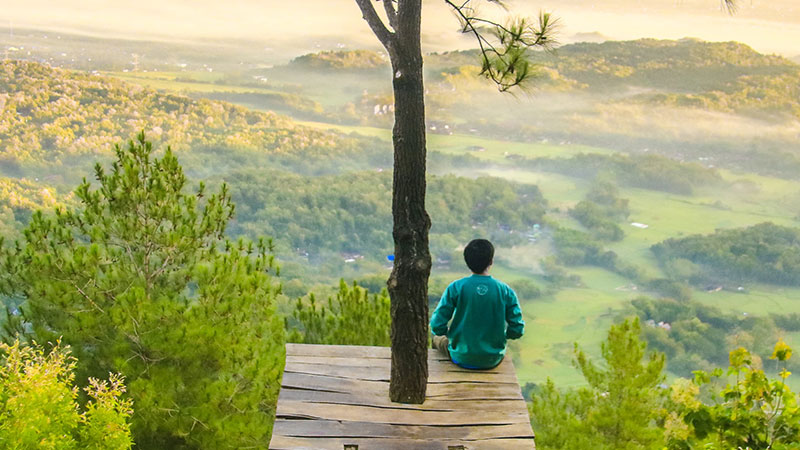 There was once a forest covered with green. Trees as tall as skyscrapers waved to all the animals day and night. The forest had all the plants you could think of. Even though it had the best plants, no one ever set foot in the forest because they were scared of the animals that lived there.

However, there was one boy who always wanted to explore the forest. Dave was a young boy who wore glasses and was as smart as a robot. He lived near the forest with his parents, and he believed that he could survive in the forest like Tarzan.

“Can I please go into the forest, mom, and dad?” he would beg to his parents.

“No, it is too dangerous!” they would shout.

The next day, his parents went shopping without Dave. As usual, he decided not to listen to his parents. He couldn’t resist exploring the forest!

As Dave entered the forest, he, “Wow this looks awesome!”  A few minutes later, Dave saw a giant brown bear. At first, he was afraid, but then he realized that the bear had something stuck in his foot.

“Ouuucccchhh!” the bear cried. “There’s a thorn in my foot! Please help me. I won’t hurt you!

”Dave decided to help the bear and pulled out the thorn. The bear was friendly and said his name was Sam.

“Thank you so much,” Sam sighed. After that, Sam and Dave became friends and together they wandered through the forest.

After a while, Dave and Sam saw an old man in a treehouse. The treehouse looked very old with a small ladder leading to it. It also had a weak roof that was always wet because of the rain. He waved to Dave and Sam.

“Hi, my name is Bob. What are you doing in the forest?” he asked.

“We are exploring,” answered Dave.

“The forest is dangerous,” warned Bob. “Here is a magical sword that you can summon when you need it most.” They thanked Bob and continued on.

Suddenly, someone grabbed Dave. It wasn’t Sam. It was the horrible mummy king! He dragged Dave away and yelled to Sam, “If I see you again, your friend is done!”

Sam ran back to Bob’s treehouse and told him what happened.

“We need to help Dave!” Sam cried out loud.

“Sam, calm down. We can figure this out,” Bob whispered. They figured out a plan to save their friend. Since Bob knew the whole forest like the back of his hand, he remembered that there was an old tunnel that led to the Mummy King’s pyramid. Bob was too old to walk, so Sam went alone. He found the tunnel and watched carefully for traps. The first trap he encountered was a lava trap.

He made it through the traps one by one, but there was one more obstacle that Sam had to pass to get the key to Dave’s jail cell. He needed to answer a riddle asked by a mysterious voice. “What is in front of you but you cannot see?” the voice spoke.

Sam knew the answer. “My future,” he stated. Then, the key appeared in his paw. Sam ran as fast as a jet to Dave’s cell and got him out. But wait! Someone was behind him. It was the Mummy King!

He thundered, “How dare you enter my pyramid!“ He slammed his staff on the ground and a red and black poison rushed out. The poison touched Sam and he dropped to the ground. He didn’t move.

Dave shouted, “You will pay for this!” Now was the time to summon Bob’s magical sword. He ran through the air and the sword appeared in his hand. In one strike,  he killed the hideous Mummy King. Then, Dave destroyed the king’s crown so that no one could claim the crown and take the Mummy King’s place.

Dave felt stronger after he defeated the King. He felt so strong that he carried Sam the bear out of the pyramid. A few hours had passed when finally Sam awoke. They had such an exciting adventure together. Dave said goodbye to his new friend and left the forest.

When he got home, Dave’s parents were happy to see him, but they were so angry that he had not listened to them. Dave would not be allowed out of their sight ever again. At least he had one amazing adventure in the forest. 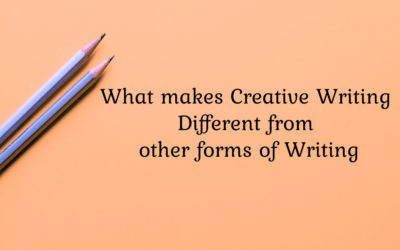 What makes Creative Writing different from other forms of writing?

Interested in writing but don't know where to begin? Anyone can be a Creative writer! Sure,... 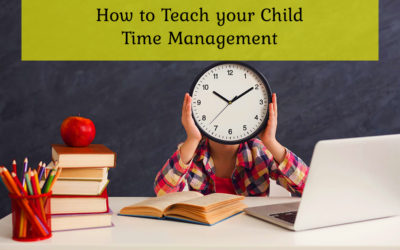 How to teach your child time management?

“Time and Tide Waits for none.” We all have heard this quote. But, how many of us are utilizing... 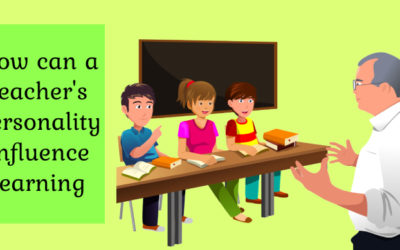 How can a teacher’s personality influence learning?

"A great teacher takes a hand, opens a mind, and touches a heart." Teachers are the role models... 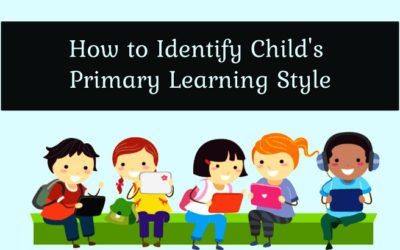 How to identify your Child’s Primary Learning Style?

"Understanding what and how Children learn will help you in monitoring their study habits."Every... 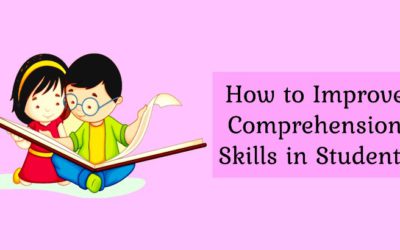 How to improve comprehension skills in students?

Have you ever been reading something and felt that you had no idea about what you had read? It has... 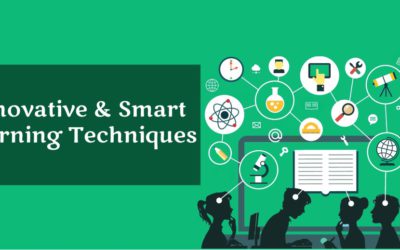 Looking for innovative or smart learning techniques to grab good grades? Then you are at the right...